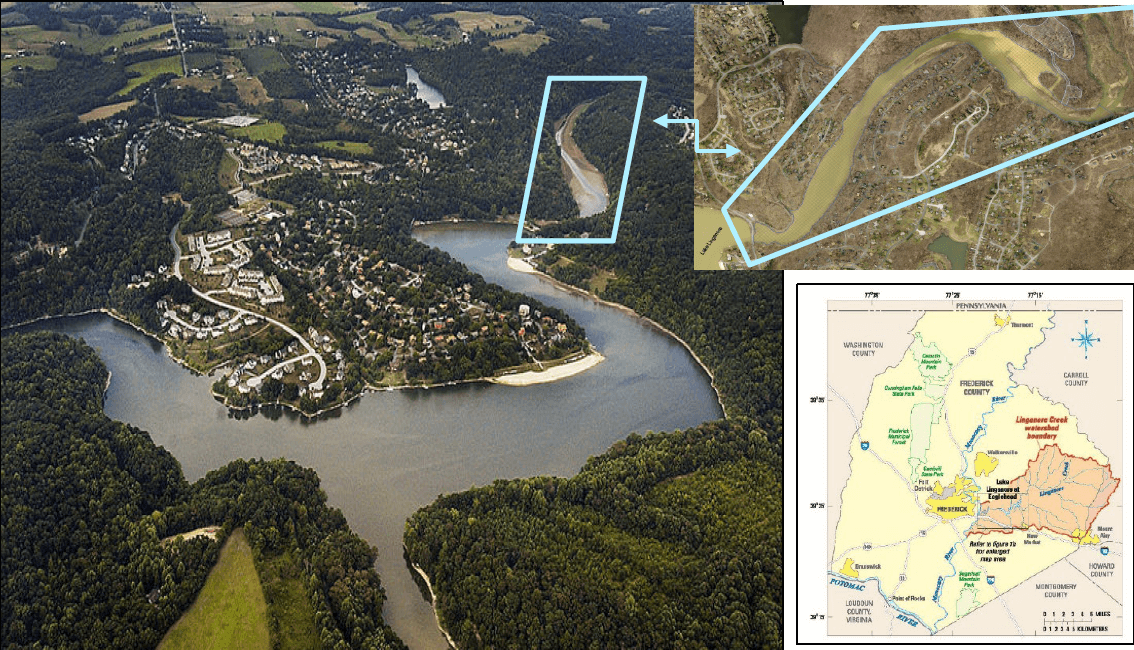 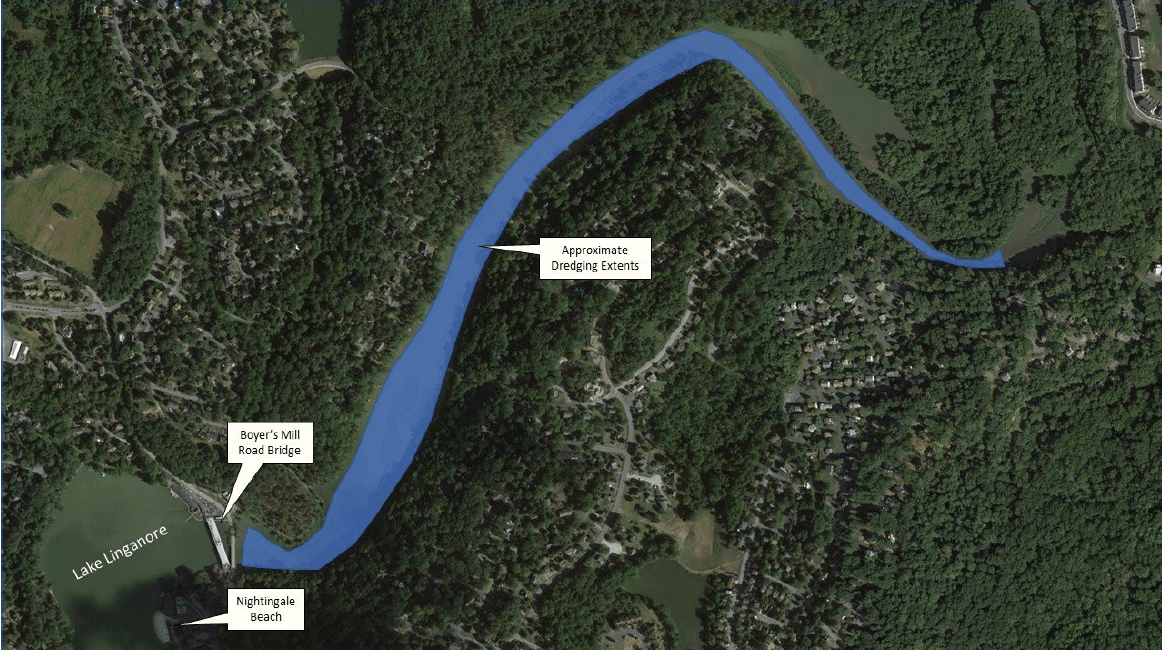 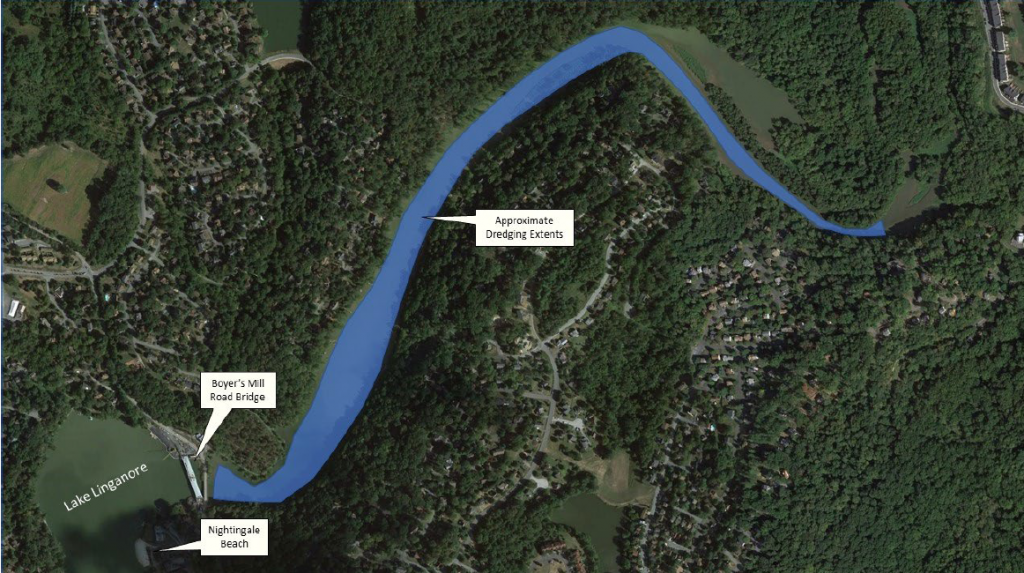 Lake Linganore is a man-made, 209-acre lake in Central Frederick County, Maryland. The lake is a source of drinking water for the City of Frederick and is an emergency water source for Frederick county. Since its construction in 1972, Lake Linganore has been losing water storage volume due to sedimentation. The upper reaches of the lake (above Boyers Mill Road) are especially susceptible to sediment infill, losing approximately 65 percent of the water volume. This sediment accumulation led to a loss in source water storage capacity needed by the City of Frederick’s water supply system and severely impacted recreational use of this part of the lake.

In 2014, Frederick County, the City of Frederick, and the Lake Linganore Association (LLA) reached an agreement to remove sediment to improve water capacity and access. The 2014 Agreement allocated the cost of the dredging project among the three entities with the City funding 50%, the County 25%, and the LLA 25%. In 2020, the project also received $3 million in grant funding through the Maryland State Department of General Services Capital Grants Project.

The evaluation compared the logistics, cost, capacity, feasibility, and permitting for each placement option.

Following completion of the alternatives analysis, the project team agreed that placing the material dredged from Lake Linganore at the Frederick County Reichs Ford Road Sanitary Landfill was the recommended option to best meet the project goals.

In January 2019, all of the required permits for the project were received, and in February 2019 a contract was awarded to Mobile Dredging & Video Pipe, Inc. for the dredging, following a competitive sealed bid process.

The dredging began in July 2019 and was completed in May 2021. Approximately 150,000 cubic yards of sediment were removed in the area of the lake upstream of Boyers Mill Road. This is a volume enough to fill an approximately seven-story building the size of a standard football field. The dredged material was dewatered at a staging area adjacent to the lake, and then transported to the landfill where it is stockpiled on-site until it can be used for future cover requirement; therefore, it will not consume any of the County’s remaining (landfill) waste disposal capacity.

Throughout the project, the County made every effort to minimize the impact of dredging activities on the residents living around the lake.

Back to News & Events